Don't miss the latest news and articles from PTSDexams.net
→ Subscribe to Immediate Updates! ←

LCpl Maximilian (Max) Uriarte created the strip in 2010 shortly before completing four years of service to his country.

The adjective "terminal" in this case means:

terminal, adj. ... 3a: occurring at or constituting the end of a period or series : CONCLUDING (Merriam-Webster)

and refers to the difficulty Lance Corporals face receiving a promotion if their MOS (military occupational speciality) is 0351 (Infantry Assault Marine).

Thus, even if they have an exemplary record, many 0351s conclude their term of service as a LCpl, when they probably would have been promoted to Corporal in other occupational specialties.

A Graphic Novel About a Marine's Deployment to Iraq 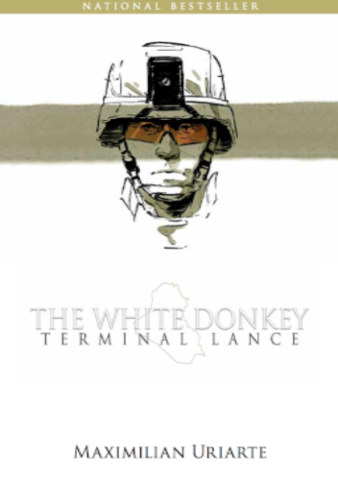 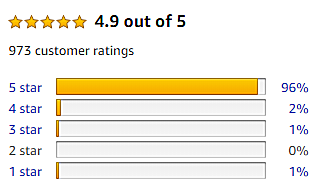 How often do you see a book—or anything for that matter—with a 4.9 rating on Amazon? It's rare in my experience.

Here's a description of the book, followed by awards, and then excerpts from book reviews.

"A powerful, compulsively page-turning, vivid, and moving tribute to the experience of war and PTSD, The White Donkey tells the story of Abe, a young Marine recruit who experiences the ugly, pedestrian, and often meaningless side of military service in rural Iraq. He enlists in hopes of finding that missing something in his life but comes to find out that it's not quite what he expected.

Abe gets more than he bargained for when his journey takes him to the middle east in war-torn Iraq. This is a story about a Marine, written and illustrated by a Marine, and is the first graphic novel about the war in Iraq from a veteran. The White Donkey explores the experience of being a Marine, as well as the challenges that veterans face upon their return home, and its raw power will leave you in awe."

One of Barnes & Noble's Best Comic and Graphic Novels of 2016

"If you told me I’d laugh out loud while reading one minute and then cry in the next, I’d have been skeptical at best. But lo, without shame, I’ll admit that happened. I don’t know if you have to be a Marine or an Iraq War veteran to fully absorb The White Donkey, but I know you’d absolutely have to be one to write it in the first place. 10/10 - Highly Recommend."—Breach. Bang. Clear.

"It was 2010 when Uriarte, a lance corporal in the Marine Corps, created the online comic 'Terminal Lance,' which swiftly developed a fan base. Using some of the same characters, he created a more serious and involved graphic novel, THE WHITE DONKEY, based on his 2007 deployment in Iraq."―Carolyn Kellogg, The Los Angeles Times

"Combines a casual, straightforward dramatic style with clear, no-frills art that draws readers into his characters' everyday experiences and then wallops them with the tragedy of ordinary life...Both respectful to the military and its role and sympathetic to the delicacy of the young soldiers, the story's power lies in a middle-ground view of the ongoing social conflict, seeking to bridge understanding on both sides."―Publishers Weekly (starred review)

"In many ways, The White Donkey is one long illustrated deployment journal.... Yet, tucked into the panels and frames, are those singular moments that, like a rock cast into a pond, send their ripples out almost infinitely-altering lives and ending others. The White Donkey follows the tremors, backwards and forwards, and manages to illustrate what feels like a 'true' war story and a lonely chapter in a war our country is trying desperately to forget."―The Washington Post

"Few books pack the punch of The White Donkey. Uriarte has a genius for details that illuminate the truth and pull you into the story with cinematic fervor. He uses the art form itself to punctuate his pacing and immerse you in the inner reality of a marine's life.... Uriarte puts it all on the page for a story that is hardcore and haunting. A brilliant addition to wartime literature. A+"―JeriAnn Geller, Booktrib

"In The White Donkey, a sense of alienation pervades Abe's experience. He endures the tedium of war, the yearning for action to gain legitimacy in the eyes of fellow Marines, and, finally, the horror of combat... all drawn with stylized realism."―The Wall Street Journal

"A vivid and gripping tale.... For my brother Marines: this book is mandatory.... And for our civilian friends that are always asking, 'What's it like in the Corps?' this book will help you to understand. Even more importantly, it could help you help someone who may have returned to the civilian world with invisible wounds."―John Absalom, Maui Time

"Spiked with bitter and obscene humor, this debut and first-ever graphic novel about the Iraq War from a veteran reveals the cynical tedium of daily life in combat and how voluntary service can lead to an existential crisis of self-blame. Compelling."―Martha Cornog, Library Journal

"A palpable reminder of how text and art can craft an unspoken, and in a sense, indescribable narrative power."―Narrative Species

"The White Donkey examines our expectations of war according to what the media has showed us. Uriarte is concerned with how the war impacts people who are expected to transition back to a civilian world that understands the conflict in terms of The Hurt Locker and American Sniper."―Matt Young, The Rumpus

You might be wondering, "what does the white donkey symbolize?" I'd spoil the book for you if I revealed the answer. So ya gotta get the book! ;0) 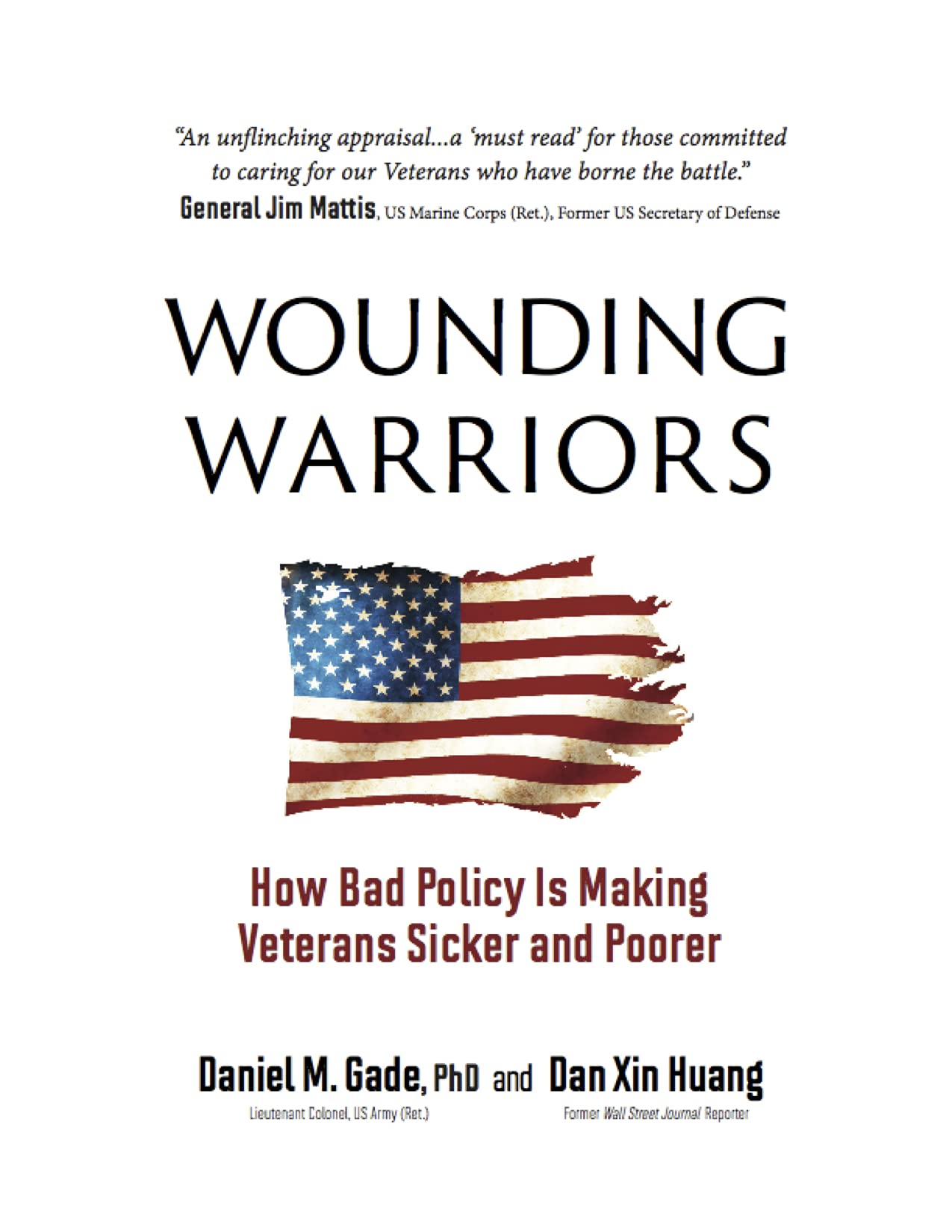 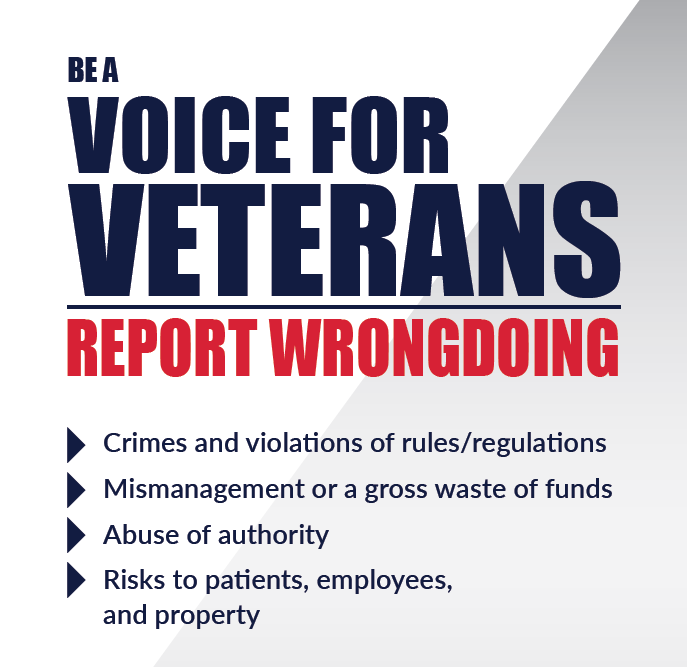